“Cheating only thrills those who cannot see the beauty in faithfulness.” — Michael Bassey Johnson

I know how disheartening it is to find out that your partner is cheating on you. But what’s more painful is that they are cheating on you and you don’t even know it. In the earlier days, it was hard to catch a cheater unless you hire a private investigator. However, in the digital age, a cheater leaves a lot of footprints behind that can help you catch them red-handed yourself.

In this article, I will share with you some of the secret apps cheaters use to communicate with their illicit partners under their spouse’s noses. If you see your partner is recently spending more time on any of these apps then it’s time to ring alarm bells. So before it’s too late let’s begin the list of the most popular cheating apps you would find on a cheater’s phone.

What Hidden Chat Apps Do Cheaters Use

Recently a survey was conducted on 2000 cheaters in the UK by one of the popular marriage and dating websites of Britain. In the survey, it was found that most of the cheaters use Kik as a medium to communicate with their love interest. Out of 2000 cheaters, 28% uses Kik to cheat on their partners. Now you may think what’s so special about Kik that cheaters prefer it over other chatting apps. Well, let me tell you that Kik provides users anonymity that no other cheating app could provide.

You can create your account on this platform without verifying your phone number and anonymously chat with strangers from around the world. With the Meet New People feature Of Kik one can meet people who share the same interests so it’s easier to find a date on Kik. Overall, Kik is a dangerous app for your relationship and hence you need to track your partner’s Kik activities.

In the same survey that found Kik is the most used app by the cheater, the second number was given to Snapchat with 23 % of 2000 cheaters admitting that they have used Snapchat for adultery. The disappearing snap feature of  Snapchat makes it an ideal app for flirting and exchanging inappropriate photos without getting caught.

Cheaters love the Snapchat app because it provides them the privacy that they were looking for. If your spouse is recently spending more time on Snapchat then it can be a sign that they are having an affair. However, it is also possible that they are using it just for fun, you can make use of Snapchat monitoring apps to find out the truth.

If there is one messaging app cheater could vouch for then it has to be Viber. This simple-looking app has some features that cheaters won’t live without. The first and most important feature is secret messaging, here one could send a message that automatically deletes after a few minutes. So there is no chance of them getting caught.

Apart from that, they can also hide a particular chat from their account and unhide it anytime they want. So even if their spouse is monitoring their Viber account, they still won’t find anything fishy there.

Now this one can be called the official cheater’s app as their motto itself reveals their intentions which is “Life is short. Have an affair“. If by any means you find this secret app on your lover’s phone then there is a 99% chance that they are having an affair outside the relationship or looking for it.

Unlike other dating apps that promote adultery in a secretive manner, Ashley Madison is proud of what they do and never hide their intentions from its users.

This one is obvious, why would someone use Tinder if they are happy in a relationship? If your husband, wife, girlfriend, or boyfriend is still using Tinder then they are definitely cheating on you. Even if they are not in a serious relationship outside marriage they might be using Tinder for hookups and one-night stands. You need to spy on your partner’s Tinder account to know whether they are sleeping with someone else or not.

The Signal app is one of the most secure messaging platforms available right now and therefore most people use it including the cheaters. Apart from security, what brings cheater to this platform is the fact that the messages are auto destructible i.e. they get deleted by themselves after a set time. Overall, Signal is one of the most common hidden apps cheaters use for communication. 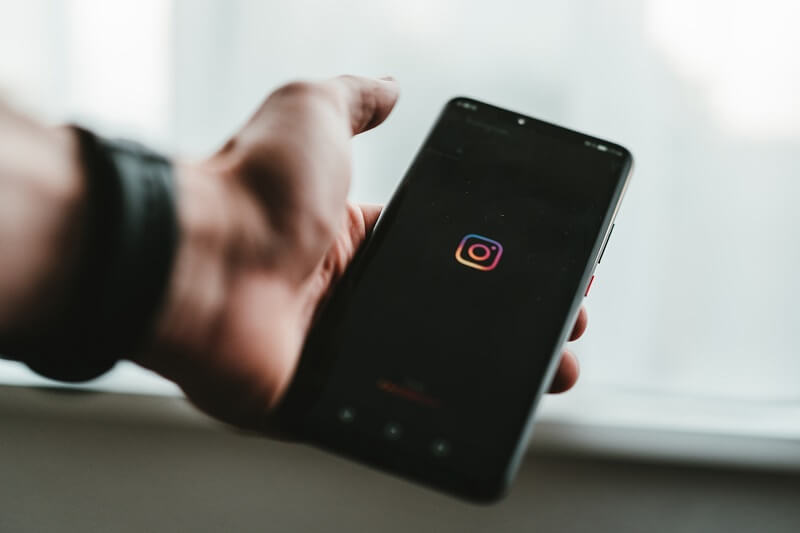 Instagram is filled with beautiful people hence it’s a perfect place for cheaters to find new love. Here they can send a direct message to people they are attracted to.

Cheaters mostly use Instagram for initiating the conversation and after that, they carry it forward on some other platforms like Viber, Signal, or Kik. It is because tracking Instagram messages is easier than tracking some other secret messaging apps.

Dishonorable Mentions: Other Apps That Cheaters Use

You must be surprised to know that even Telegram can be used for cheating, it’s hard to believe but it’s true. Cheaters know that no one will be suspicious of them if they have Telegram installed on their phones. However, with autodestruct and hidden chats feature they can secretly chat with anyone without any fear.

Although Telegram is a safe chat app for cheaters, you can catch them on Telegram by making use of these Telegram spy apps.

WhatsApp is the most used messaging app around the globe. However, it does not have secret features for cheaters like disappearing messages, hidden chats, etc. Still, most cheaters prefer it because it’s easy to use and also provides end-to-end encryption. This means no one other than the receiver can read your messages unless they get access to your phone.

Cheaters know that it is easy to read their WhatsApp messages if they hand over their phone to their spouses. Therefore they mostly keep it locked with a password.

You may think that nobody uses Facebook Messenger these days, but that’s where you are wrong. Facebook is a great platform for cheaters, where they can meet new people and chat with them. What’s better is that the app is password protected hence it’s hard to read their messages without their permission. Also, there is a secret message option available on Facebook Messenger that makes it a great app altogether for cheaters.

What Is The Most Used App For Cheating?

Kik, Viber, Signal, and Tinder are one of the most used apps for cheating.

Which App Is Good For Secret Chat?

Viber and Signal are good apps for a secret chat due to their self-destructive feature.

Is There A Way To Monitor Cheating Apps?

Yes, you can make use of spyware to track your spouse's secret messages.

How To Track A Cell Phone Number On Google Maps

How To Install And Use A Keylogger

How To Spy On Someone In Their Car

How To Spy On Browser History Even When It’s Erased

How To Spy On Tinder

The only mission of SpyDrill is to guarantee the safety of your kids and loved ones online. How we do that? By providing you the best and the most reliable monitoring solutions that we present after thorough research and exhaustive testing.

Learn more by reading our:

SOFTWARE INTENDED FOR LEGAL USE ONLY. It is a violation of the applicable law and your local jurisdiction laws to install the Licensed Software onto a device you do not own. The law generally requires you to notify owners of the devices, on which you intend to install the Licensed Software. The violation of this requirement could result in severe monetary and criminal penalties imposed on the violator. You should consult your own legal advisor with respect to the legality of using the Licensed Software within your jurisdiction prior to installing and using it. You are solely responsible for installing the Licensed Software onto such device and you are aware that SpyDrill cannot be held responsible if you use the spy software for sneaky purposes or monitor a device without being permitted to. SpyDrill is not affiliated with any of the spy apps. We just offer unbiased and honest reviews, tips, and tricks about them.